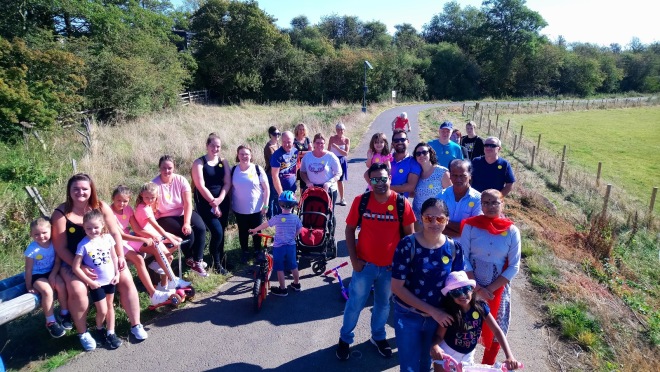 Waddesdon Greenway marked its first anniversary on Saturday 14th September with a group walk along the Greenway.  Over 40 people, many new to the Greenway, joined the event on a beautiful sunny day.

The Greenway was officially opened by MP Jesse Norman, then Transport Minister for walking and cycling, on Thursday 13th September 2018. The route has been well used ever since, with approximately 70,000 trips made along the route by commuters, cyclists, runners, dog-walkers, families and tourists to date.

Paul Irwin, Buckinghamshire County Council’s Deputy Cabinet Member for Transport, and local County Councillor, said: “This is such a great route for anyone to get out and about in our glorious countryside, and I’m delighted so many thousands have enjoyed the Greenway in the past year. This route supports the Council’s intention to develop a quality cycle network, and sits well with the Aylesbury Garden Town vision.”